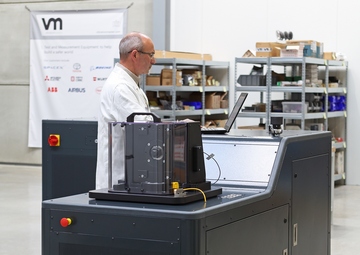 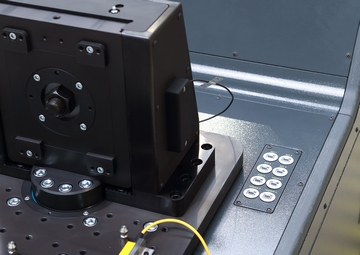 Be certain! Validate your fasteners in the J600 and J900 Test Benches. With up to 22 sensor inputs, your analytical possibilities are countless! 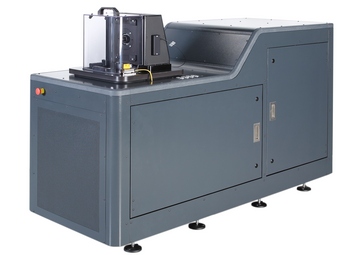 Who validates your bolted joint design as safe and fit for operation?

Are Junker Tests fundamentally flawed for testing the integrity of bolted joints?

Abstract. Are the Junker Test and standards based on it, DIN 65151, DIN 25201 and ISO 16130 fundamentally flawed for validating the integrity of bolted joints?

The arrival of a powerful new methodology for validating bolted joint integrity is set to change this. Instead of standards focussing on full displacement amplitude from the beginning of the test, we can now subject a bolted joint to a controlled transverse shear force that first triggers limited microslip. This leads to an increased displacement amplitude only when the clamp force reduces because of rotational self-loosening or joint embedding and relaxation increase.

Never before has a validation test mirrored real life conditions to allow transverse shear force – one of the first inputs needed to perform a bolted joint calculation according to VDI 2230 – to be the lead parameter rather than displacement amplitude.

Validating bolted joints – how to close the testing responsibility gap

Who tests and validates your bolted joint design? When fasteners loosen, and bolted joints fail, under real-life vibration conditions, the manufacturer, distributor and end-user supply chain argue over who is responsible. But the Volkswagen emissions scandal showed us that in today’s world it is ultimately the engineers who become personally liable for engineering failures and deception[1]

Traditionally, fastener manufacturers and designers have turned to the Junker test and the various standards based on it, such as DIN 65151, DIN 25201 and ISO 16130, to test self-loosening behaviour. However valuable as they are, these standards don’t replicate real-world conditions and don’t inform design engineers, which, in turn, risks bolted joint loosening and failure.

Now, this is set to change with the arrival of a powerful new methodology that engineers can apply to test their designs and bolted joint integrity. Vibration testing equipment that applies a controlled transverse shear force over potentially thousands of cycles can subject bolted joints to real-world operating stress conditions.

By using testing methodologies that replicate operating conditions when testing bolted joint designs, engineers can close the responsibility gap by reducing the risk of their designs failing. That could mean avoiding personal liability, and even jail time.

Testing for the self-loosening behaviour of bolted joints was first developed by Professor Gerhard Junker almost half a century ago in 1969. His research demonstrated that a transverse load applied to an assembled and preloaded fastener connection can lead to rotational self-loosening.

At the time, this was a valuable addition to the knowledge base in the public domain[2] and the engineer’s toolkit. That’s because Junker developed his theory as a test to replicate the effect of rotational self-loosening of fasteners and bolted joints and to evaluate how to prevent this self-loosening from happening.

However, despite Junker’s ground-breaking research, the resulting vibration-test-based standards are probably not suitable for testing and confirming bolted joint integrity. They can inform engineers about some behavioural aspects of the design and the locking mechanism used, but not how it will perform under real-world operating conditions.

DIN 65151 uses a Junker Test Bench to vibration test a fastener to a displacement amplitude of ±1mm but without any benchmark for comparison. So, if a fastener fails after a certain number of cycles when subjected to a ±1mm displacement, how does that help the designer?

With DIN 25201, an attempt was made to create a more rounded test that included a performance baseline for comparison. This standard, published in 2010, introduced a series of reference vibration tests that increase the amplitude. These reference tests loosen a baseline fastener connection to zero clamp force with no locking mechanism after 300 cycles, plus or minus 100 cycles, with the objective of identifying the critical amplitude.

The bolted joint meets the standard’s requirements if, in the subsequent verification test with 2000 cycles at the critical amplitude, more than 80% of the original clamp force remains, with no downward gradient. These results are more useful when directly comparing the performance of different fastener locking elements, such as lock nuts, wedge washers and chemical locking. However, the tests still do not inform the designer about performance under operating conditions.

The latest addition to the set of standards dealing with transverse load cycling on bolted joints is the International Standards Organisation’s (ISO) initiative that resulted in ISO 16130 published in 2015. This was the aerospace industry’s contribution to the science of rotational self- loosening. The standard requires a higher initial clamping force compared with the DIN 25201 and includes other features, such as measuring on and off torque, using no lubrication and allowing the reuse of components when undamaged from prior tests.

Despite these advances that have become an essential tool when comparing the performance of different fastener locking elements, Junker Testing and its associate standards have fundamental flaws when applied to the challenge of validating and optimising bolted joints.
All the vibration test protocols require the full displacement amplitude to be exerted from the first cycle of testing. Yet, in real world applications engineers design bolted joints specifically to avoid transverse movement.

Instead of applying the criteria specified in the standards, i.e. mandating the full displacement amplitude from the beginning of the test, engineers can now subject a bolted joint to a controlled transverse shear force where the transverse shear force load initially triggers limited microslip, and only when the clamp force reduces as a result of rotational self-loosening or joint embedding and relaxation does the displacement amplitude increase.

The important benefit of this new test methodology is that the transverse shear force is the lead parameter while the displacement amplitude is simply a result of the forces acting on the joint.

The outcome is a dataset and analysis of bolted joint performance under specific operating conditions that the fastener design engineer can apply to refine the bolted joint integrity.

How to design a bolted joint, incorporating vibration test data

Bolt design calculations by engineers will identify the transverse shear force and axial loading that the bolted joint assembly experiences during operation. Based on this data, the fastener will be selected with a specific diameter, property class, clamp length, required clamping force, surface roughness, assumed friction and so on.

Ordinarily, the engineer might then apply one of the standards above to test the fastener and the locking mechanism used. This testing shows self- loosening characteristics of the bolted joint, and not whether the assembly will perform as it should under operating conditions.

However, by using a Vibrationmaster J600 or J900, test engineers can subject the joint, or a simulated part of the joint, to the precisely controlled transverse force loading that the real application will experience. Thus, demonstrating that the design calculations have resulted in a bolted joint assembly that will perform within the expected parameters.

The exciting and major advance in vibration testing is that the precise control of the transverse shear force load means the bolted joint design can be optimised.

With growing demands for weight savings and performance enhancements, alongside the increased use of advanced materials, the ability to optimise bolted joint design delivers a competitive advantage.

Overall, the most significant aspect of the new methodology is that it provides the design engineer with the ability to apply a safety factor by using multiple times the transverse force experienced in the real application during normal operation.

Engineers can determine whether the joint will withstand the transverse force loading without rotational self-loosening or joint relaxation and embedding under extreme conditions. If the joint can withstand the stress, it can as well be optimised further by decreasing the fastener dimension or material specification or finishing process etc, thereby reducing weight, space and cost without compromising performance.